Every year, each PTS (Private universities) always be competition coupled with the State (State University) in getting the number of students, in order to survive each PTS should understand things into consideration for prospective students to choose a college (PT) and also will make the judgment as a proficiency level of excellence in competitive advantage. For that we need a more powerful promotional tool in reaching the general public that the television ads. Effective promotional tools should attract attention, gain and encourage interest, arouse desire, and generate tindakandah it can be done with a formula or model AIDCA (Attention, Interest, Desire, Conviction, Action). The output of this research is the design in the form of video ads and the results of the analysis can be used as a reference for STMIK Potensi Utama for promotion. Based design is to design a television commercial need for the scheme and the stages, ie pre-production, production and post-production as well as the creativity of advertising in order to attract advertising. Based on the analysis results can be concluded there is influence the effectiveness of Interest, Coviction and Action against new student recruitment advertising, while variable Attention and Desire has a reverse effect on the interest of choosing. This can be seen from where the regression coefficient with keofesien -0.210 Attention, interest, 0.232, -0.092 Desire, Conviction 0.201, and Action 0.831. But overall variable AIDCA seen from R Square .653 or equal to 65.3%, meaning that these variables can explain 65.3% change in the interest of prospective students. The rest is affected by factors outside of the variables measured. 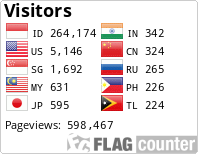